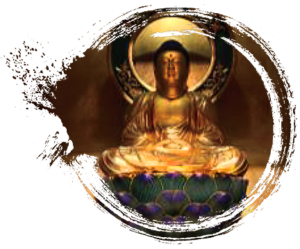 Name of the School (Shumei )

The Establishment of the School in Japan (Nihon Kaishu )

The Soto Zen School recognizes two eminent Ancestors as our founders, Dogen and Keizan Zenji. The essence of the Soto Zen School was transmitted from China, eight hundred years ago, during the Kamakura period by Koso Dogen Zenji. The fourth Japanese ancestor of the school was Taiso Keizan Zenji who was instrumental in enhancing the teachings and expanding the school. 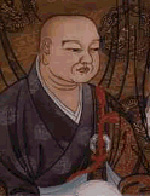 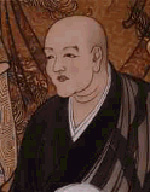 The Main Image of Worship (Honzon )

We are all children of the Buddha and come into this world endowed with the Buddha-Mind (busshin). However, failing to realize this, we live selfish, willful lives, causing much suffering.
If we make repentance to the Buddha and take refuge in him, our minds will come to rest, our lives will experience harmony and light, and we will rejoice in being of service to society. We will also experience the deep faith that will allow us to stand up under any hardship. To discover happiness and a life worth living is the teaching of the Soto Zen School.

We recite various Buddhist sutras, including the Meaning of Practice and Verification (Shushogi), the Heart of Great Perfect Wisdom Sutra (Hannya Shingyo), The “Avalokiteshvara Boshisattava Universal Gateway” Chapter of the Lotus Sutra (Kannongyo) and the “Life Span of the Tathagata Chapter” of the Lotus Sutra (Juryohon).

Soto Zen was first spread to North America by Rev. Hosen Isobe in 1922. At that time, the Buddhist faith was limited to Japanese immigrants. In addition to providing Buddhist services, such as funerals and memorial services, the organization has acted as a base for spreading traditional Japanese culture and entertainment as well as a place where people of Japanese descent can take a break and relax. It has carried the light of Buddhism in its various activities to this day.

The Soto Zen Buddhism North America Office was established in 1937 when Zenshuji Soto Mission in Los Angeles was approved as a branch of both head temples, Eiheiji and Sojiji. Following its establishment, the North America Office has performed a variety of activities including registration of temples and priests in North America, training sessions and workshops on rituals and ceremonies, sesshin’e (intensive day-and-night Zen meditation sessions), support and guidance for memorial events and special memorial services. It has also played a role in spreading Soto Zen Buddhism around the globe.

When the office was first established, as was already mentioned in the opening paragraph, the main activities of the Soto Mission were focused on dispatching priests to temples built by immigrants who came to North America from Japan and propagation in areas where there was a large Japanese population. We are now three and four generations removed from those that paved the way, and the language has shifted to English. The activities of the Soto Mission have also changed accordingly. Even today, decades after the unfortunate events of World War II, many Japanese people come to North America on business, after getting married, or for studies. Many of these people visit the Mission as a place of refuge, as it is a pure Japanese temple where they can get a taste of home. In keeping with those circumstances, the activities of the office have expanded from mere clerical functions to looking for ways to develop temples for the future and set up various opportunities for the exchange of information and ideas between them.

The focus is not only on Japanese temples and, particularly since the 1960’s, Soto Zen has been gaining numbers across racial and cultural boundaries. Thanks to the tireless efforts of missionaries and religious workers, there are currently five Japanese temples in North America and more than 170 Zen centers (temples run by American priests), as well as more than 350 priests. Several temples from among these Zen centers and groups, which may be large or small, have formed a large organization that is engaged in dynamic mission work, including daily Zen training and doctrinal instruction based on Soto Zen teachings and community service in the surrounding communities. A few prime examples of these activities are instruction in Zazen and sermons at Zen groups established within prisons in each area, and spiritual care provided to students and patients by chaplains at schools and hospitals. These types of activities are evidence that as the number of Zen centers increases so does the number of priests.

The North America Office receives the support of the Soto Zen Buddhism International Center to hold international missions conferences every year which include training sessions for various rituals. Priests from temples located all over North America come together in one place to talk with each other face to face and discuss their individual circumstances and the problems they come up against. The conferences provide them with the opportunity to sit down together and study rituals and ceremonies, thereby deepening their own understanding. This allows them to take the teachings that have been adapted to the local areas and ensure that they are developed according to the same standards and will bear fruit in the future.

There are almost two hundred countries in the world, and each of them has its own constitution and laws; there is no one constitution or set of laws that applies throughout the world. Japan’s laws are not effective in the United States or China, nor are the laws of other countries used in Japan. Each country has its own laws and, by extension, its own moral code. However, Buddhism transcends the boundaries of time and national borders and applies equally to all mankind. 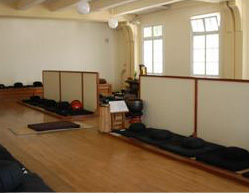 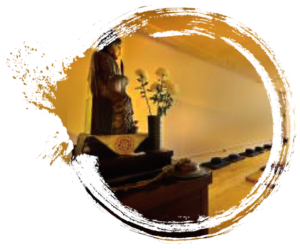 Only by submitting the designated application forms with attachments, your name can be registered in the Sotoshu registry and you can duly attain the status of  Joza, a novice priest. 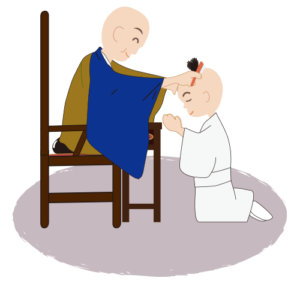 Senior Training Priesthood that involves being appointed and registered as Shuso and completing Dharma Combat Ceremony in a duly designated temple. 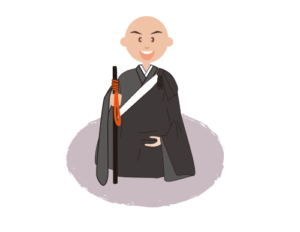 You would be removed from registry if you fail to complete the Dempo within 20 years after your registration of Risshin. 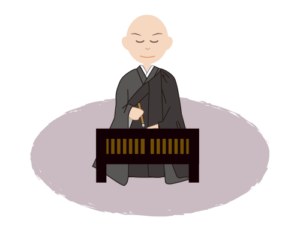 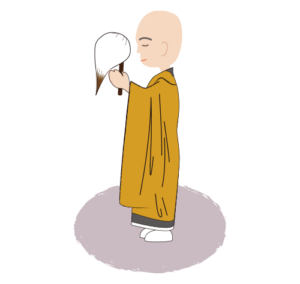 Registration You can have a Ango monastic training at any time once the novice priest status is registered in a duly registered monastery in Japan. 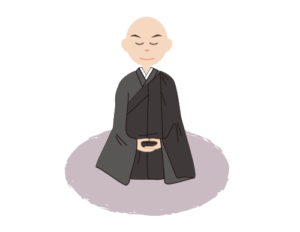 One with the status of Osho (who completed Ten-e and Zuise) and Ango monastic training is eligible to apply for the appointment of Kyōshi. 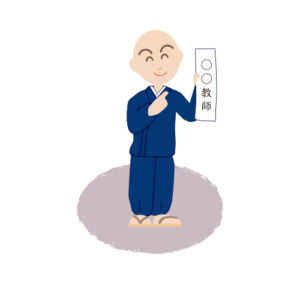 You can apply for the appointment as Kokusaifukyoshi if you are a Nito Kyoshi or above and have been engaged in the dissemination of Soto Zen Buddhism in North America. 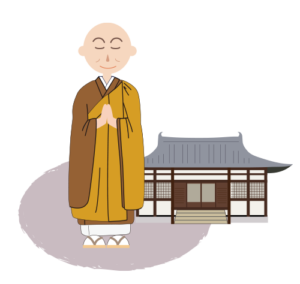 As long as your temple is registered as a registered temple eligible to host Kessei Ango, you can host a Kessei Ango which entails 90-day intensive practice period in the feasible scale and a duly registered Dharma Combat Ceremony. 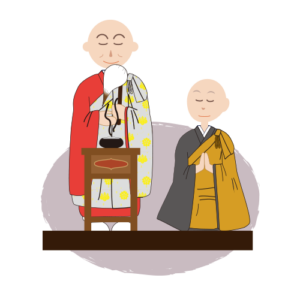 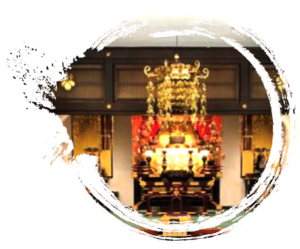 Sokanbu office forwards the application case to Shumucho office in Japan after checking the forms and documents.

Division/Department of Shumucho office in charge the cases evaluates the application forms and decides whether or not all the conditions are met for the approval.
Once the application is approved, the certificate or permits are issued and delivered to Sokanbu office.

Sokanbu office updates the data base of registry and forwards the certificate/permit to you.

Once you receive the certificate / permit, you must store the documents in the safe place.
Note: Some certificates are necessary for future applications.

We use cookies on our website to give you the most relevant experience by remembering your preferences and repeat visits. By clicking “Accept”, you consent to the use of ALL the cookies.
Do not sell my personal information.
Cookie SettingsAccept
Manage consent

This website uses cookies to improve your experience while you navigate through the website. Out of these, the cookies that are categorized as necessary are stored on your browser as they are essential for the working of basic functionalities of the website. We also use third-party cookies that help us analyze and understand how you use this website. These cookies will be stored in your browser only with your consent. You also have the option to opt-out of these cookies. But opting out of some of these cookies may affect your browsing experience.
Necessary Always Enabled
Necessary cookies are absolutely essential for the website to function properly. These cookies ensure basic functionalities and security features of the website, anonymously.
Functional
Functional cookies help to perform certain functionalities like sharing the content of the website on social media platforms, collect feedbacks, and other third-party features.
Performance
Performance cookies are used to understand and analyze the key performance indexes of the website which helps in delivering a better user experience for the visitors.
Analytics
Analytical cookies are used to understand how visitors interact with the website. These cookies help provide information on metrics the number of visitors, bounce rate, traffic source, etc.
Advertisement
Advertisement cookies are used to provide visitors with relevant ads and marketing campaigns. These cookies track visitors across websites and collect information to provide customized ads.
Others
Other uncategorized cookies are those that are being analyzed and have not been classified into a category as yet.
SAVE & ACCEPT